Rice is the single most important crop in Assam. It occupies 2.54 million ha of the gross cropped area of 4.16 million ha and contributes 96% of the total food grain production of the state. Due to various reasons such as cultivation of long-duration paddy varieties, water logging and excessive moisture, lack of moisture at planting time of winter crops, lack of irrigation, non-availability of seeds of short duration varieties of rabi crops and other socio-economic problems like stray cattle etc. most of the area remain fallow after harvest of paddy during rabi season in the state.

Assam Agricultural University (AAU) with the technical support from International Rice Research Institute (IRRI) under APART has introduced short duration Stress Tolerant Rice Varieties (STRV) such as BINA Dhan 11 that makes growing of second crop possible in the rabi season. At the same time IRRI GIS team has drawn the moisture availability map and identified the rice-fallow areas, where the crops which require minimum quantity of water can be grown by the farmers after rice.It is expected that the intervention will help in increasing cropping intensity in Assam and directly have impact on farmer’s income.

With the ever changing climatic scenario and increasing cost of production, the need of alternative crop establishment methods which have positive impact on the environment as well as at the same time saves the critical inputs are felt. Zero tillage is the resource conservation technology which provides direct benefit to the environment as well as impact on farmer’s income. So, zero tillage-based technologies are being tested for large scale adoption by farmers in the state under the APART. Details of demonstrations for the cropping system carried out presently in Kamrup, Nagaon, Golaghat and Lakhimpur districts are as follows

The zero-tillage technology of mustard (rapeseed), green pea and lentil has received good response from farmers of the State and if this system works in right direction, a major change is anticipated in the near future for creating a great impact on Assam economy. 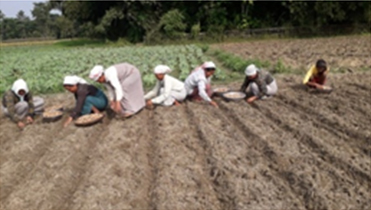 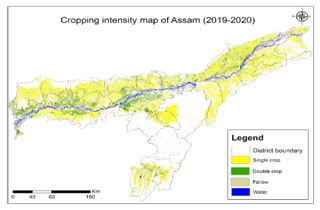