Rice is the single most important crop in Assam. It occupies 2.54 million ha of the gross cropped area of 4.16 million ha and contributes 96% of the total food grain production of the state. Assam is very well-recognized for its rich rice genetic diversity. Cultivation of rice under diverse agro ecological conditions over the years has resulted in the development of a multitude of strains with specific adaptations through natural selection and farmers’ discretion. The physical features, geographical location and historical realities have made the state an area of unique diversity and ethnic migration and immigration to the state over the years have led to the introduction of different types of rice genetic stock.

Thus the state’s indigenous rice germplasm is endowed with wide genetic diversity and contributes to about 20 rice germplasm out of 12256 collections maintained on NRRI. Pressed with the needs to produce more, the farmers are replacing their traditional rice varieties with modern ones. AAU and Department of Agriculture, Government of Assam are also making rigorous efforts for such change.

The agro-climatic variation, seasonal variation in temperature and rainfall and agriculture dependence on natural precipitation have resulted in three rice-growing seasons in the state.

Sali or winter rice (June/July – Nov/ Dec) ; Ahu or Autumn rice (March / April – June / July) ; and Boro or summer rice (Nov / Dec – May/June) . The rice germplasm of Assam are classified on the basis of growing season, crop duration, land and hydrological characteristics, seeds’ size and shape, aroma, and endosperm characteristics. In recent times, modern photo period sensitive varieties of different durations are being widely grown and the irrigation facilities are being increasingly utilized for the rice cultivation in the state.

Ahu (Autumn rice) grown during March / April – June / July. These rice germplasm are photo-period insensitive, early maturing (80-130 days) and are grown under variable water depth. The varieties can be sub-grouped into two : one grown direct-seeded under upland situations with natural precipitation and other transplanted with or without irrigation. The direct seeded varieties are relatively earlier in duration than the transplanted. Ahu rice can be further classified as Dumai, Murali and Chengri mainly depending on duration; with Dumai being the earliest (80-90 days).

Asra (semi-deep water) grown during April/May – Dec/January. These are grown, broadcasted or transplanted in the low-lying areas where the water depth can be up to 100 cms during the life cycle of the crop. These varieties are sown along with Ahu rice and harvested at the time when Sali rice is harvested, thus taking about 240-270 days from sowing to maturity.

Boro (summer rice) traditionally grown during November / December – May / June. These are photo-period insensitive, transplanted traditionally in the beel and marshy land situations with minimum or no tillage due to low temperature stress during the vegetative phase these varieties take long duration to mature (170- 200 days).

Hill Rice, grown direct seeded in JHUMLAND as a major component of mixed cropping on slope lands or grown direct0-seded or transplanted in terrace and valley during April- September. These varieties take about 140-160 days from sowing to harvesting. 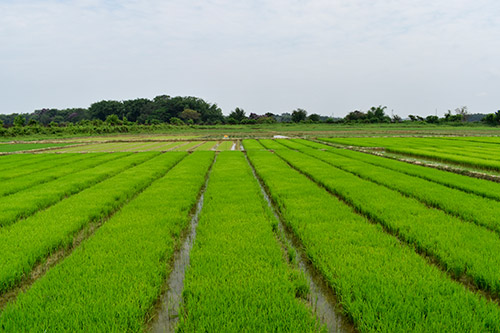 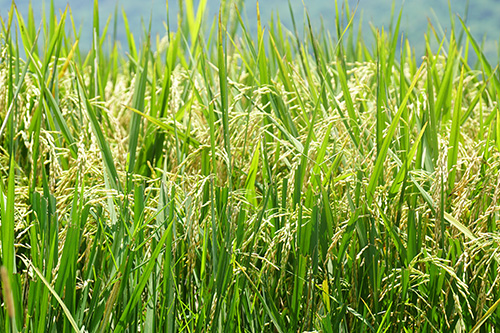